EXWE does web design in Dortmund for responsive websites - optimized for lead generation and for all devices.

Web design for the online store of Premioloon

For Luftballonmarkt GmbH we developed a B2B online store in a modern and light design. Customers will find a wide range of patry and balloon decorations for festive occasions of any kind. 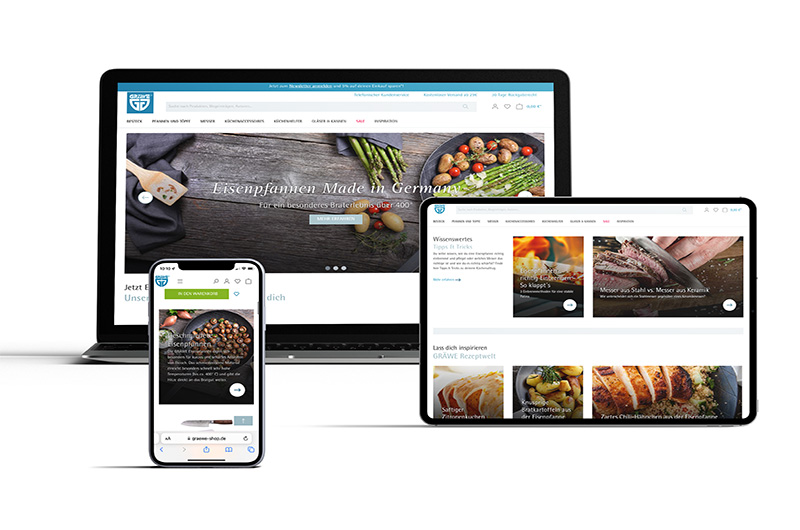 We developed an online store for the traditional family business Gräwe GmbH, where customers can find everything from the areas of kitchen accessories and household goods. The brand Gräwe stands here for experiencing moments of pleasure with kitchen accessories for the most diverse occasions.

Software systems from EXWE were used, among other things, for

Our approaches and procedures for responsive web design

Our approach is always pragmatic and depending on the use case and budget we choose a suitable system. As software developers, we do not want to hype any particular content management system. Among our more frequently used systems are Wordpress, Drupal, Typo3 and Joomla. Websites that want to display many products but are not designed for sales, we also often create with a store system such as Shopware, from which we then program out the sales buttons.

Responsiveness and conversion optimization are at least as important as the technology in the background. Responsive websites automatically adapt to the optimal display on all screen sizes, from desktop or laptop computers to tablets and smartphones, without compromising the design experience or performance on the part of your customers.

No Templates but Templating

Our credo: No Templates but Templating. We rely on Standarf frameworks and build a custom template developed for your company. In the field of templating engines we are trained on many different platforms and frameworks. We regularly work with Bootstrap, Twig and Smarty.

At the beginning of the project, our design team gathers information from you about what you want from your new website, makes suggestions, and researches competitors to create an action plan before moving on to the next phase. In this, we develop an innovative structure and sitemap and layout for your new website so that everyone involved has a clear picture of how the finished project will be built. The design team will first submit the layout and elements of the home page for your review and approval. Once the layout is finalized, we can begin development while we finalize the home page and work on the designs for the subpages.

Web design for your business - future-proof and innovative

Your ideas will come to life thanks to our development expertise, resulting in a unique and super fast website. There are no limits to the possibilities: it can be a web presence or a more complex database application.

Among our regular customers are small, medium but also enterprise companies from all industries. Depending on the requirements we use different content management systems, online store software and various frameworks. Since the satisfaction of our customers is our top priority, we always rely on established and thus, above all, reliable management systems. Just as important as the technology: we also develop the UX design and create usability in house.

Let us design the digital future of your company and make it visible to the public. 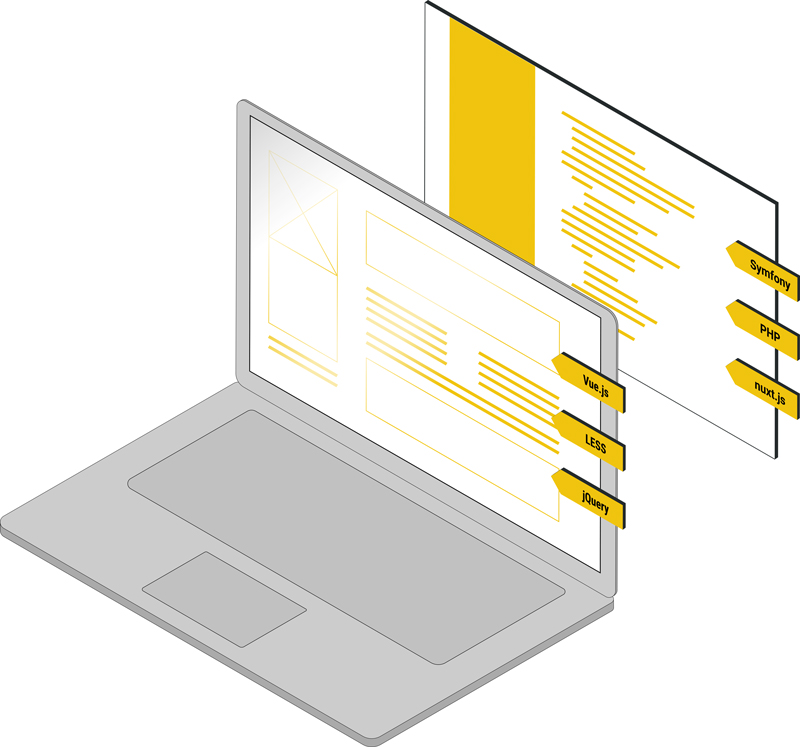 Do you have any questions? We will call you back.

Web design from Dortmund - the metropolis of Westphalia.

Since its foundation in 2016, EXWE is located in the middle of Dortmund. With custom-fit, creative and technically flawless web design solutions, we implement the initial ideas of our customers and help you get started digitally with your online presence.

The office in the heart of the Ruhr area was the right choice for us for numerous reasons. Find out which reasons speak for a location in Dortmund in our summary below:

Dortmund is located on the eastern edge of the Ruhr region and borders the Sauerland region to the southeast. With just under 600,000 inhabitants, Dortmund is one of the eight largest cities in Germany. Due to its location in the heart of Westphalia, Dortmund is a central transportation hub and perfectly accessible. The city is not only accessible by car, but also has an airport and a canal port.

Dortmund is also excellently connected to the rail network, with more than 130,00 travelers and commuters arriving at Dortmund main station every day. For EXWE's office, this transport connection is perfect, as some of our employees commute to us from other cities in the Ruhr region.

Dortmund is not only considered livable because of its optimal infrastructure, but also because of the large range of leisure activities and the numerous green spaces within the city.

Leisure activities in the city of Dortmund

Dortmund's history is characterized by industry and beer. This is also reflected in the city's recreational opportunities.

For example, the Dortmunder U, formerly the basement high-rise of the Union Brewery Dortmund, is now a central point for art, exhibitions and creativity. The Zollern Coal Mine with the LWL Industrial Museum is also worth a visit.

In addition, numerous green spaces in Dortmund invite you to relax. These include, for example, the Westfalenpark with the Florianturm, the Dortmund Zoo, the Phoenix Lake in Dortmund-Hörde, the Hohensyburg recreation and hiking area or the Rombergpark. Our office at Leierwegs 13 is also located right next to the beautiful Tremoniapark, where we spend our breaks, especially in the summer.

Characterized by the BVB, Dortmund is also known as a soccer city. The German Football Museum is also located in the city and offers exhibitions on the history of German soccer. If you still can't get enough of the ball sport, you can also watch a BVB game at Dortmund's Signal Iduna Stadium.

Dortmund's pub and cultural scene has also grown in recent years, and numerous bars, pubs or clubs can be found around the Kreuzviertel district or in downtown Dortmund.

Dortmund's economy and the IT sector

The times when coal and steel drove Dortmund's economy are over. In the meantime, numerous large companies are located in Dortmund. Among the most important economic sectors in the region are banking and insurance, but also tourism.

In particular, however, industries in the fields of biomedicine, drug research and medical technology are growing. TheIT sector is alsoone of the top industries in the region. Currently, around 15,000 people work in this sector in Dortmund. The universities located in Dortmund, such as TU Dortmund, FH Dortmund and ISM Dortmund, also contribute to this. International and national specialists are trained directly in Dortmund and are flocking to the booming job market.

The development of the creative and cultural industries within Dortmund has also been actively promoted for years. Creative quarters such as the Unionviertel, the Nordstadt or the Brückviertel, among others, continue to develop sustainably. Thus, more and more creative people settle in the city area.

Web design in Dortmund with EXWE

The increasing number of resident companies in the region as well as the ever advancing digitalization contribute to the fact that the online presence of a company becomes more and more important. Only through a professional web presence it is possible to prevail over the broad mass. Numerous web design agencies in the region help with the implementation. We are also one of them since 2016 and stand by your side as a strong partner.

As a web design agency based in Dortmund, we draw on years of experience and numerous successfully implemented web design projects. You have an idea? We implement this idea and take care of the visual, functional and structural design of your website. Since our heart burns for IT and technology, the technical implementation of your website is also in good hands with us. For us, your satisfaction and the satisfaction of your customers comes first. That's why we develop the digital future of your company together with you.

For EXWE, the office in Dortmund is a real stroke of luck. The ideal infrastructure, the location in the heart of the city, and the young environment in Dortmund's Kreuzviertel are the optimal prerequisites for creative, professional and authentic web design. We will be happy to advise you on site in Dortmund or digitally. In our references you can also get an insight into our passion for web design and web development.

For more references and project details

You want to build an online store but don't know where to start? In this article you will find tips & tricks to get started

You want to get started with your online store? Then take a look at our basics for your e-commerce success - this is how online commerce works!